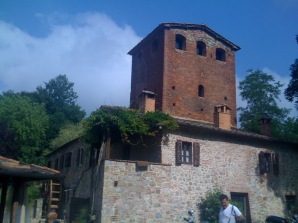 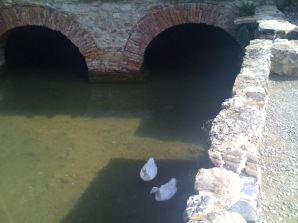 has a rugged beauty which contrasts with the more pristine , better manicured parts of Tuscany with which visitors will be more familiar .

It was our destination for a cycling holiday which took us off the beaten track , in my case rather too literally . It was one of those holidays where your luggage is transported for you and you simply have to move the bike and yourself on to the next destination with suitable stops along the way for appropriately rustic Tuscan fare . Nothing too arduous , or so you would have thought .

Off the Beaten Track – all too literally in my case

We hadn’t gone far on our third morning -we were on Strada Bianche – which is a sort of cobbled path – when the nice man from the hotel overtook us in a van . Ironically he was taking our luggage on to the next destination . I was going downhill , doing no more than 15mph , and being a friendly sort raised my arm to wave while smiling at him . As my hand moved back to the handlebars I went into shadow , hit an unseen pothole , and the downward pressure of my hand returning to the handlebars seems to have exerted enough pressure on the front suspension to bring the front wheel to a halt sending me into orbit , quite apart from the bike , and landing heavily skidding across the unforgiving cobbles . I was cut bruised and battered from head to toe , cut front and back  ribs cracked and it subsequently emerged mildly concussed .

The Rugged Beauty of the Wild West

After some time gathering myself together I foolishly got back on the bike , notwithstanding that one wrist was so swollen I couldn’t hold the handlebars and that the cracked ribs meant every downward turn of the pedals was agonising . We got to our destination but it was an entirely unwise course of action on my part.

So the Wild West of Tuscany turned out to be rather too rugged for me and I forged an unsatisfactorily close relationship with the beaten track .

Are beautiful , characterful places to visit and you experience  a sense of life as it is really lived here in contrast to the feel of a well presented visitor experience found in some of the better known parts of Tuscany 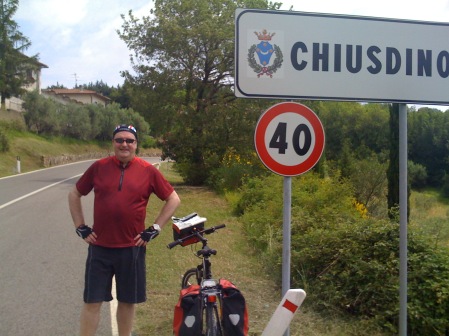 Sharing ideas and experiences drawn from 30 years as a Public Service Leader . Firm believer in the value of Public Service and the importance of vision , strategy , communication and engagement in making a positive difference to people’s lives .Hopefully helping make sense of what often seems a complicated world .